Signoff signing in for the 2014 Melbourne Cup

By the time 3pm comes around next Tuesday, Signoff’s racing days will still be short of being eleven months long. 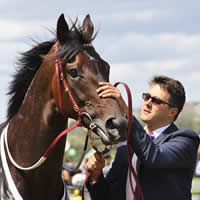 Like so many Weir trained gallopers, Signoff was educated on bush tracks, allowing him time to reach his full potential.

A lowly Terang Maiden on December 9th last year was the signing in point for Signoff.

The Internationally bred son of Authorised came from near last to eclipse his moderate opposition over 1400m.

It surprised no one in the know, especially the Warrnambool based foreman of the Weir Empire in Daniel Bowman.

Speaking to him before the race, he made the comment “this is the best horse I have ridden.”

Fast forwarding to his current status, the $7 on offer that day should have seen old ladies knocked over in getting the odds.

From then until his eighth start on March 29th, which was a five length victory at Moonee Valley over 2500m he had won all except one.

And he should have bolted in that day at Caulfield, after being held up and going to the line basically unextended.

The spruikers were out and after one preparation Bowman’s words were starting to bear fruit.

The horse had done enough to earn a crack at the Spring riches.

After 22 weeks off the scene his campaign kicked off with three ‘ordinary’ efforts.

While circumstances played a part, the jury was well and truly out.

But with the timing of a Jack Nicklaus golf swing, his form turned around.

A Herbert Power & Coongy placing at Caulfield with Glen Boss on board had things back on track, but only one race remained in trying to gain a start in the greatest two mile handicap in the world.

History now shows that blinkers on and a significant jockey change sparked the horse to sign his way into Tuesday’s big race.

Obviously blinkers was a masterstroke, but the jockey change was also significant as most of his regular riders including Boss, Rawiller & Melham would not have made his Cup weight of 51kg – one kilo extra than his originally allotted handicap, because of the Lexus win.

Weir again, as he has always done, praised all his staff for the efforts with this horse, but when it’s all taken into account Bowman has lived every step of the journey with this horse.

If last week’s pressure was enormous, the next couple of days will be huge, and it’s not lost on Bowman who is a trainer in his own right.

“I didn’t sleep last week” he replied in reference to how he would during the next few days.”

The horse travelled back with him to Warrnambool immediately after the race and all systems are go after he pulled up well this morning (Sunday).

“Yes all good for Tuesday now” an excited Bowman replied.

Last night’s celebrations were with mates, a tight bunch with budding trainers among them.

The Bowman household was the venue where the remote got a workout as the Lexus was replayed quite a few times.

You can only imagine how many times if they win the Cup.

It only seems like yesterday when Bowman got excited about a Maiden win, but what’s about to transpire has even amazed him.

“I knew he was going to be good, but didn’t think it would come this quickly, it’s very exciting!” 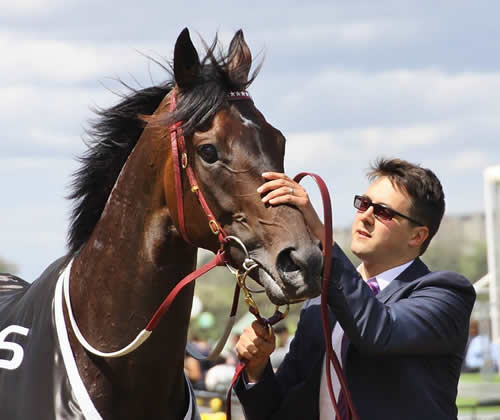