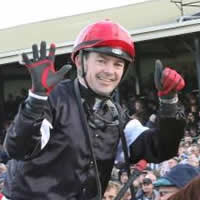 Jockey Dean Yendall stole the show on the final day of the three-day Warrnambool May Carnival riding four winners in an outstanding display of horsemanship.

‘The Don’ booted home the first two winners of the meeting on Jose Wales and Recalculate, before claiming the last two races of the day with Luckyi’mbarefoot and Lucky For You.

First cab off the rank for Yendall was locally trained Jarrod Mclean debutant Jose Wales, who was given every chance up on the pace in the opening race of the day.

The Hard Spun 2yo strode to the line in stylish fashion to win the Simons Waterfront SV 2YO Handicap (1200m) by 0.75L from Libeccio, with a further length back to Freedoms in third place.

Yendall made it win number two in the second race on the card when he guided the Colin Scott trained Recalculate to a one length victory over French Hussler, with Hay Bob a close-up third.

Three-year-old Recalculate was always handy in the run and Yendall produced him at just the right time to record the Testa Rossa gelding’s second win from eight starts.

Yendall made it a treble in the second last race when he scored the narrowest of victories on Warrnambool May Carnival warhorse Luckyi’mbarefoot, surviving a protest from second placegetter Orientaped.

Luckyi’mbarefoot has been trying to snare a win at this carnival over the past few years and there was a huge roar when ‘Footy’ held on to win for popular local trainer Matty Williams and his equally popular strapper Sarah Woodhouse.

The Daniel Bowman trained Lucky For You provided Yendall with his fourth winner for the day, and sixth for the carnival, when he steered the local galloper home for an easy two length victory over Grand Emperor, with another half length away to Mio Dio in third place.

It was a popular win to end the carnival, especially for trainer Daniel, and his wife Denita, who earlier in the week brought little Charlie Roy Bowman into the world.

Bowman puts the finishing touch on leading trainer Darren Weir’s horses down at Warrnambool and he’s proving to be a master horseman in his own right.

The six wins of ‘The Don’ raised $600 for the National Jockeys Trust and it was a great result to get behind the leading rider of the carnival to get maxmimum return for such a worth cause.

Other highlights on a fantastic day of racing included a treble to the Darren Weir & Brad Rawiller combination and a double to the Ciaron Maher & John Allen duo.

Rawiller rode the Weir trained Tall Ship to a stunning victory in the Warrnambool Cup and Allen piloted the Maher trained Regina Coeli home to an exciting win in the Grand Annual Steeplechase.

Falago was the first of Weir & Rawiller’s three winners when he took out the Keppel Prince Engineering – Neville Wilson Series Final (1700m) from Yulong Baby and Clagnster’s Ace.

The Weir & Rawiller treble came in the sixth race of the day when Distant Dreams resumed with a stunning 5.25L victory in the Schweppes F&M BM84 Handicap (1400m) over Shysta and Let’s Be A Star.

The 4yo gelding shows his rivals a clean pair of heels in the striahg to score a classy victory over Pantuo and Lispenard.

About The Journey made it three winners for the carnival for Cranbourne trainer when he took out the Hammonds Champion Novice Hurdle (3200m).

The 6yo was ridden a treat by jockey Arron Lynch and scored by 5L from Set You Free, with stablemate Abraxas 2L away in third place.

The three-day 2015 Warrnambool May Carnival was a great success with more than 25,000 people attending over the three days. 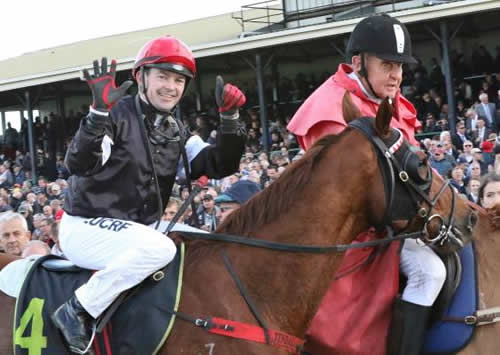 Six winners Dean Yendall at the 2015 Warrnambool May Carnival 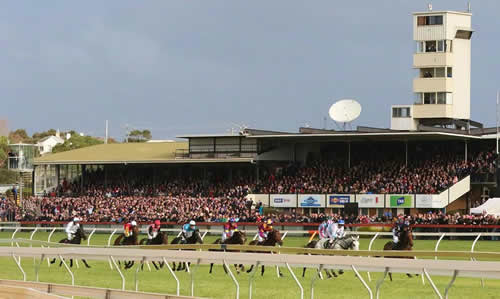 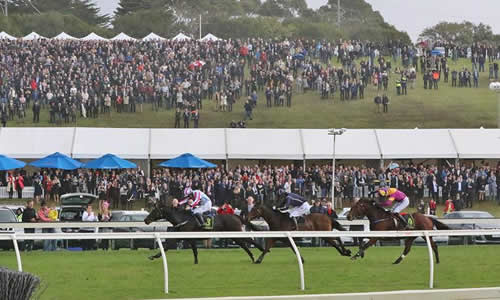 2015 Warrnambool May Carnival watching from the hill 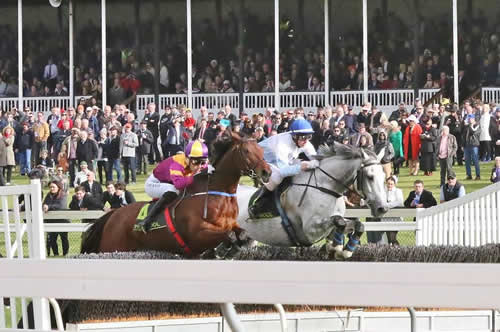 2015 Warrnambool May Carnival over the jumps 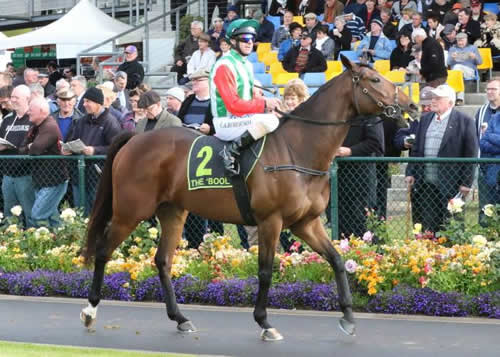 2015 Warrnambool May Carnival in the mounting yard