Derby Tracker – Record of those not Suited or Ready for Derby

Running those immature types without the grounding for a tough 2500 metres can be detrimental to its future prospects. 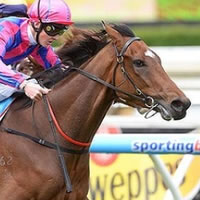 I hate to single out one horse, but a prime example is Tips And Beers in 2013.

A lightly raced promising type that strung two wins together at his 3rd and 4th runs, culminating in a 1600m race on October 16 (same race Efficient won en route to Derby glory).

Tips and Beers was a very lightly framed horse in his first racing preparation.

This just screams lack of foundation and damaged goods waiting to happen.

Just 17 days after his 1600 metre win (with a 4th from eight in the Vase in between) he finds himself in the VRC Derby.

Surprise, surprise, he over-races and runs tailed off last and in five subsequent runs after a break, he is yet to place.

Imagine if he had of been put away after that 1600 metre win.

He could have been competing in his class over the Autumn & Winter and picking up more races and more prize money.

Ran in the Derby just five weeks after making its debut.

Has been highly spoken of throughout its career and its best effort has been a BM69 win.

Our Desert Warrior’s recent starts have been well below par and there has to be an element of that which is due to over-taxing in the Derby.

I see he is now on the path to be rejuvenated as a jumper.

The list could go on, but let’s look to the positives and continue on our quest to find this year’s VRC Derby winner.

Next up we look at ‘Pedigree – how do I know if he’ll stay the trip?‘.