Mackinnon Stakes – from Tradition to Progression

The Mackinnon Stakes is sure to hold great memories for anyone that grew up following racing. 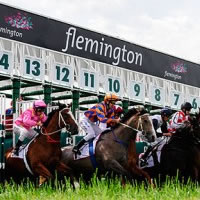 From the big kiwi mare Empire Rose winning in 1988 and going on to take out the Cup (I was in grade one and can remember being at the local swimming pool, listening to it over the speaker), to the controversy that surrounded Mummify in 2003 (my first time in the Nursery area at Flemington), and the run of Viewed in 2008 (watching it from afar in the Barossa Valley) who then completed an amazing form reversal three days later.

The Mackinnon Stakes has been a real feature of the pre-eminent day of racing on the Australian calendar.

So when I pose the question ‘Should we move the Mackinnon Stakes from Derby Day to Melbourne Cup Day?’ the first reaction might understandably be an overwhelmingly ‘No!’.

However, if we look at things from a couple of different angles, there might just be some merit in the idea.

Especially when you consider 1) recent history and 2) the impact a feature Group One WFA race on Cup Day could have locally and internationally.

First and foremost, let’s take a look at how the Mackinnon has had an influence on the Melbourne Cup in recent times:

In the past 20 years (1995 onwards)
The only trainer to win the Melbourne Cup with a horse running in the Mackinnon Stakes is Bart Cummings.

Since 2008
We have had 3 horses compete in the Cox Plate and win the Melbourne Cup at their next start: Efficient, Green Moon and Fiorente; all of which did not need a final hit out in the Mackinnon.

In the past three years you could argue that no horse contesting the Melbourne Cup has benefited in having the Mackinnon as a lead up.

Therefore, perhaps the question we should pose is ‘If the Mackinnon Stakes continues to have little impact on the Melbourne Cup, should we move it to Cup Day?’

But you don’t just move a race for the sake of it.

We would need some very good reasons to do so…

As we know, Cup Day might feature the race that stops the nation, but for overall quality, it does lack a little when compared to other feature days.

2- It will spark even further international interest, generating more attention and turnover in Asia and UK

I see huge potential here. With Side Glance’s deeds of 2013, along with the fact Dan Excel has travelled from HK this year (albeit with a setback) there is a great opportunity to internationalise the Mackinnon Stakes.

Even more so if it’s run on Cup Day, where all eyes of the world are on Flemington.

You can picture trainers all over the world bringing out stablemates to Australia – one for the Cups double and one for the Cox Plate / Mackinnon double.

In turn, this could also benefit in the form of turnover/wagering.

3- It gives Cox Plate runners a few extra days to get over their run, thereby enticing them to run in both races (the difference between a 7 and a 10 day back up at this time of year is significant)

The 7 day back up from Cox Plate to Mackinnon has kept some horses from competing in both previously.

Some do back up, some go to the paddock, some freshen up for the Emirates, and others go straight into the Melbourne Cup (ie. Fiorente, Green Moon and Efficient – who all as mentioned did not need an extra run in the Mackinnon to prepare for the Cup).

By stretching it out to 10 days, we are going to attract more horses to compete in both races and thereby improve the quality of the field.

4- It will allow for another feature race to step up on Derby Day to replace it, of which there would be several good options

With some small changes in programming taking places at other clubs, there will be some tweaking required to ensure the spring runs as smoothly as possible, giving everyone the best possible chance to progress through their desired campaign of races.

Having an extra space on Derby Day creates an opportunity to achieve that.

We certainly do not want to take any gloss away from the standard of racing on Derby Day, so this would be a VERY important factor in the decision making process.

I believe we need to keep a close eye on the Mackinnon over the next couple of years, and if we continue to see these current trends, it might be time for change.

The benefits in doing so are significant and there for all of us to see.