Stage is set for cracking 2014 Caulfield Cup Carnival next week 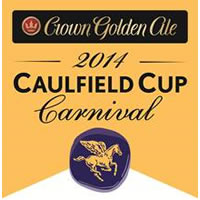 Excitement is building for the much anticipated three-day Caulfield Cup carnival which is set to roar into action this coming Saturday, highlighted by the running of the three-year-old classic, the Caulfield Guineas.

Widely regarded as one of the premier spring race days, the 2014 Caulfield Guineas is the feature race of the day on Saturday 11th September 2014 at Caulfield racecourse in Melbourne and is set to be a cracking affair,

Trained by Ken Keys at Cranbourne, Rich Enuff heads a list of 54 nominations for the classic event.

The 2014 Thousand Guineas will take place on the same day as the Caulfield Guineas this year, after being held midweek on the Wednesday meeting in recent years.

The 2014 Caulfield Guineas & 2014 Thousand Guineas barrier draws will be conducted at Caulfield Racecourse later this morning featuring connections of several of the key chances,