Firehouse Rock snatches defeat from jaws of victory, something special 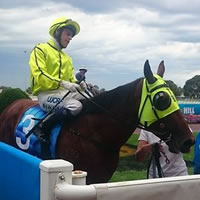 Firehouse Rock, the Fastnet Rock colt I got involved in with Australian Thoroughbred Bloodstock, was just about to run to the lead in the Group 2 race and the excitement was building.

I watched the race from the winning post with fellow owners Adam & Linda Talbot, and although we could only see the last 50 metres of the straight because of a large group of photographers in front of us, we did have a great view of the large screen on the inside of the track to witness what was about to unfold.

“Alpine Eagle is battling to get near them,” came over the loud speaker, and that was music to the ears.

He was our main danger according to a couple of knowledgeable racing men I know, and whose opinion I respect.

I watched Alpine Eagle’s last couple of runs during the week and he appeared an impressive type who finished his races off strongly, and there was a touch of class about him.

Our horse Firehouse Rock had hit the lead early in a couple of previous races and been run down late, not this time though, surely he’s too far in front.

Alpine Eagle would have to be something special to win from back there.

“But Firehouse Rock’s well clear,” Greg Miles bellowed as Firehouse Rock approached the 150m mark with a big lead, well clear of his rivals, and from where we stood he was home for all money.

Firehouse Rock was ridden a treat by jockey Nick Hall, who got him across from his wide gate to enjoy the run of the race behind the two leaders, Zahspeed and Magicool, and when he let down at the top of the straight he put a space on his rivals and appeared set for certain victory.

I was oblivious to what was transpiring as the thought of victory had started to cloud my mind.

With the noise of the crowd drowning out the loudspeakers, I knew we were in front and was excitedly waiting for Firehouse Rock’s nose to poke past the throng of photographers inside the final 50 metres to cheer him home to victory.

What seemed like an eternity would pass before the head of Firehouse Rock would make its way past the snappers and come into view, but it was going up and down in the one spot.

The menace of two flashing equine comets were hurtling down upon him, one to the left, and one to the right, and I had a fair idea who one of them might be.

I quickly glanced right to see how far away the winning past was, “it was far enough”, I thought to myself, and as I glanced back to the left, I could see our horse wilting in the shadows of the winning post.

As the brain tried to digest what had just happened, it all became clear.

Firehouse Rock had just snatched defeat from the jaws of victory and it was something special.

The learned judges were right, Alpine Eagle had produced a withering finish to grab victory in the last stride.

He certainly was ‘something special’.

And while it was disappointing to lose in that fashion, it was exciting for racing to see Alpine Eagle win the way it did.

Racing needs exciting horses to get people through the turnstiles and it’s no disgrace to be beaten by a better horse on the day, especially when it’s something special.

As it turns out, Alpine Eagle was the comet hurtling to the right of Firehouse Rock.

A top ride by Damien Oliver and a great training effort by Tony McEvoy.

We didn’t even finish second, because Minnesinger, the comet hurtling to our left, had passed us on the inside in the final stanza.

He was the horse just pipped on the line by the winner.

It took something special to beat us, and spare a thought for the second horse too.

Minnesinger almost snared victory himself, and his efforts have been lost in all the plaudits for the outstanding winner.

The first three horses spaced the rest and all look to have a bright racing future ahead.

Firehouse Rock has a lovely group of ATB owners, and the horse has been prepared for every race start in outstanding fashion by the David Hayes & Tom Dabernig team at Lindsay Park in Euroa.

He may have been an expensive yearling, but you can’t put a price on the exhilarating feeling he gave this owner today, even in defeat.

Worth every cent, and glad I got involved! 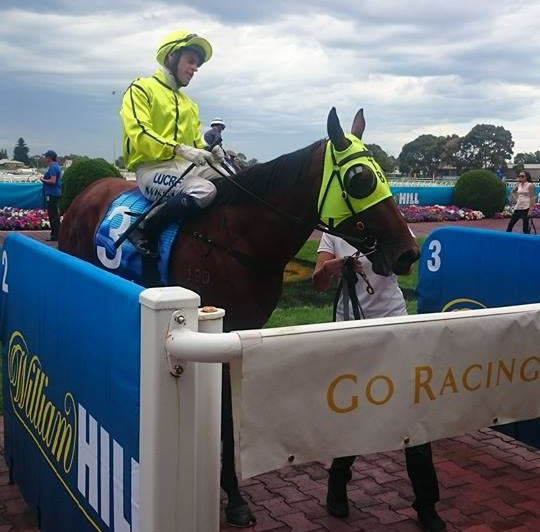