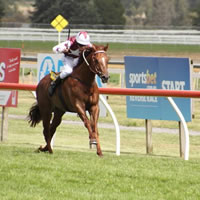 The Ballarat Turf Club received a total of 238 nominations for its 10-race Ballarat Cup meeting on Saturday.

The Pins mare is trained at Cranbourne by Mick Kent and has been nominated alongside stables mates Scratchy Bottom and You Think So.

At First Sight, Hurdy Gurdy Man and Mobaco have been entered by the state’s premier trainer and local hope for the Cup, Darren Weir, with At First Sight appearing his best chance following his last start runner-up finish in the Ararat Cup (2000m) earlier this month.

Gai Waterhouse 4yo Pheidon is also entered off the back of his Group 3 Eclipse Stakes second last Saturday at Sandown.

Other nominations include Count of Limonade and Tango’s Daughter for Mick Price and Electric Fusion and Spinderbella for Robert Smerdon.

Weights will be declared tomorrow (Tuesday) and acceptances for the 2014 Ballarat Cup meeting will be released on Wednesday 19th November 2014.

Tickets are still available for Cup Day and contact the Ballarat Turf Club for all ticketing & dining options.